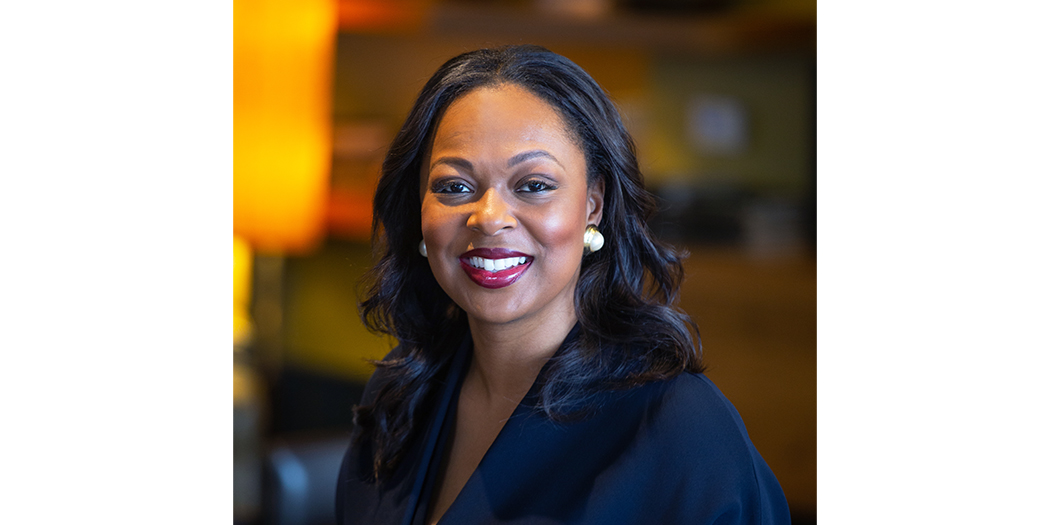 How Bozzuto Management Co.’s Stephanie Williams turned her passions into a career.

Stephanie Williams has always had a love for both people and the built environment. With a background in planning and urban design, she began her real estate career in the public sector, before joining The Bozzuto Group 16 years ago. Although she has held executive positions in the multifamily industry for years, it was the opportunity to lead Bozzuto’s property management business in 2015 that ultimately connected those two passions. Yet her path to that role has been far from ordinary.

A native of Spokane, Wash., Williams was fascinated by the tall buildings and big streets of city life, which for her meant places like Seattle or Los Angeles, where she spent many summers visiting family. “The spaces are wider and there are these open plazas where people sit and do things together, and I just always thought that was really interesting. This notion of how people experience space,” said Williams.

Williams attended the University of Washington from 1998 to 2001 and later moved east to attend graduate school at the University of Maryland College Park, where she studied planning and worked for Burgess County’s Department of Housing. She was a graduate intern in 2003 and worked on a range of housing-related special projects and affordable housing programs. During that time, she first became familiar with the work of The Bozzuto Group and its founder, Tom Bozzuto. “While in school I studied smart growth and the company,” Williams recalled. “I really respected Tom’s contribution to walkability and affordability. It’s a passion of his.”

She then went on to work for the Maryland Department of Housing from 2003 to 2004. By that time, Bozzuto had been appointed to the state’s affordable housing commission by Gov. Robert Ehrlich. Williams crossed paths with Bozzuto when she provided the programmatic and administrative support for a subcommittee he served on.

A prominent figure in Maryland state government proved to be instrumental in the next turning point. Several years earlier, on a flight from the West Coast to Washington, D.C., Williams had had a chance meeting with Major Riddick, chief of staff to Gov. Parris Glendening from 1995 to 2001 and currently Prince George’s County chief administrative officer.

“We connected immediately after we met,” Williams said, “and eventually I went to work with him at his company, Strategic Solutions Center.” Founded by Riddick in 2002, the firm provides diversified consulting services to the public and private sectors. When Williams told Riddick of her interest in joining The Bozzuto Group, he reached out to Tom Bozzuto on her behalf. “Tom was a longtime friend that I knew from county government. I recommended Stephanie to him, and he took my advice and hired her,” recalled Riddick.

Initially, however, Williams was skeptical that her interest in The Bozzuto Group would get the attention of its founder. “At the time I thought to myself, ‘There’s no way a CEO is really going to read a letter about someone wanting to work for him,’” Williams said. “But then two weeks later I received a call from his office assistant saying he got the letter and wanted to meet with me,” explained Williams. “Knowing him now, this seems very on brand.”

Williams’ first interview at the company was with Bozzuto himself during the spring of 2004. Among his questions: “What do you want to do for my company?” That August, Williams joined the company as a development associate at Bozzuto Development Co., where she worked on affordable and mixed-income projects.

A memorable early assignment was serving as the firm’s point person for Carver 2000 Senior Mansion, the joint-venture redevelopment of a senior housing community in Washington, D.C. Carver 2000’s longtime residents were temporarily relocated and returned when construction was completed.

“On the day of the grand opening, many of them met me in the lobby early that morning to clean and prepare the building for the ceremony, which was attended by the mayor’s office,” she said. “I absolutely loved working with the seniors and helping them to create a new community to call home. It was one of my most rewarding experiences as a developer.”

In 2006, Williams was promoted to development manager. MetroPointe, a mixed-income project sponsored by the Montgomery County Housing Opportunities Commission, provided valuable experience on a variety of fronts. “Everything about that development was complicated, from the underwriting (public and private sources) to building adjacent to the metro,” she said. “I learned a great deal regarding how to comprise a capital stack to fund mixed-income housing, complicated construction techniques and metro-required design directives and how to align and manage multiple public and private stakeholders. I’m grateful for that experience.”

The real estate market crash of 2008 led to a new challenge. Julie Smith, then president of Bozzuto Management, recruited Williams to help launch a new line of business while development was on hold. Williams moved to a new role as vice president of business development, refocusing on offering advisory services and expanding the business. “It was the perfect marriage between being a project manager and relationship building,” she said. “My world got bigger. I was working with a larger team of consultants and grew that part of the management business.” That performance earned Williams a promotion to senior vice president of advisory services.

A leadership change set William’s next career step in motion. In 2015, Tom Bozzuto assumed a new role as the Bozzuto Group’s chairman and Toby Bozzuto succeeded his father as president & CEO. Toby Bozzuto asked Julie Smith to serve as the firm’s chief administrative officer, and Smith was tasked with recommending her own successor. “Stephanie was mentally tough, had endurance and put in the effort that was needed. I thought she had it all,” Smith said. “So when the time came, I tapped her shoulder once again, this time to run the company.”

As president of Bozzuto Management, Williams sees to it that the brand is, as she puts it, highly endorsed by its customers. “I say that as a broader statement of a management company,” she explained. “The impact on people’s lives is more significant that bills or landlords.” She wants to ensure that the company keeps current on what’s important to residents. Also vital is that Bozzuto Management stays nimble and maintains the human touch in responding to residents’ needs.

“Stephanie continued to shine as she moved up in the company. She’s a people person but she also listens,” noted Riddick. “She communicates well and gives direction and a vision to her work and those on her team. Some people are scared of opportunity, but she rose up the ranks dealing with diversity, and in turn shared with others how to be their most successful selves.”

Besides maintaining its reputation for resident service, a top goal for Bozzuto Management is evolving with the times. “There will be more change in the next two years than there has been in the last 25, due to COVID-19,” Williams observed. The company will stay on top of those changes: higher standards of cleanliness, understanding new resident expectations, using the latest technology, employing data to drive customer-related decisions and equipping team members with that information.

Another priority for the Bozzuto brand is continuing to foster diversity. “When I first started things looked very different, especially when it came to people of color and women. I challenge the industry to continue thinking about how to do better,” said Williams. “We want to create an environment where high performance leads to growth within the company—where we can identify issues and have conversations. As a management company, we hire talent and in that hiring stage we can’t talk about our differences, but now we kind of have to acknowledge and talk about (them).”

Tom Bozzuto and Toby Bozzuto have made it a point to hire talent that is a reflection of the communities they serve, Williams noted. That brings people into the organization who are empowered to make decisions for residents that look like them. Williams is encouraged by the multifamily industry’s response to these issues but says that those efforts can be much more purposeful. “We need to think broadly around diversity,” she said. “Minority-owned companies are helping with building capacity, joint venturing and access to capital.”

THE POWER OF CULTURE

When asked if there was something else in the real estate industry that she’d like to try, Williams responds by saying that there is nothing mundane about her current role, which provides her with challenges every day. “A lot of it is instinct, driven by humanity and taking care of employees and residents,” she said of her approach to meeting those challenges.

As she sees it, her mission is to continue nourishing talent, allow people to feel empowered and cared for, and develop beautiful spaces. “It’s important to put value in the culture of a company. Some people just want to make money and be fine with that,” she said. “But I’ve always valued culture and I found that at Bozzuto. I know I’m in the right place. It’s home,” said Williams.

When she’s not busy working, Williams finds time for other interests. In her late 20s, she got into running for its physical and psychological health benefits. She ran her first half-marathon as part of the Hamptons Marathon event on the East End of Long Island, N.Y., and has run several half-marathons since then. Williams also enjoys travel, and even met her future husband on one trip. She looks forward to traveling again once it’s safe to do so.

“Stephanie has this way of bringing out the best in people she works with. You want to work hard for her to make her proud because she has an amazing vision,” said Stephanie Rath, senior vice president for operations at Bozzuto Management Co. “Her success with communication and execution of her vision comes down to how likable she is and how she makes everyone feel appreciated. She does this intentionally and it’s a clear demonstration of her leadership.”

Williams didn’t reach her leadership role at Bozzuto’s management affiliate the conventional way, by rising through multifamily operations. Yet she notes that not limiting yourself to the usual route can make your travels more fun. “Be open to where your professional journey may take you,” she advises. “It might not be what you envisioned, but it could be greater than that.”